Milton Hershey and The Titanic 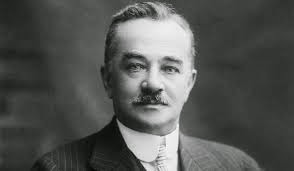 Milton S. Hershey bought a VIP ticket for theTitanic but ended up not boarding.

The Titanic, the unsinkable ship, launched on April 10, 1912, carrying some 2,200 passengers and crew en route to the United States.

On the night of April 14, 1912, the ship hit an iceberg and sunk, resulting in around just 700 people surviving—only a third of the people on board.

In December 1911, Milton S. Hershey, the founder of the Hershey Chocolate Company, put down a $300 deposit for a state room aboard the Titanic.

Hershey had founded the Hershey Chocolate Company back in 1894, and it resulted in a roaring success.

By 1907, Hershey had his own factory to mass-produce chocolates and distribute them nationwide, resulting in enough money to take a lengthy trip to Nice, France.

On the return home, he thought he and his wife might as well spend the days at sea lounging in luxury, which is why he put down the deposit on the state room.

It’s not certain exactly what caused Hershey to abandon the Titanic trip at the last minute, as the company will only say that he found it necessary to return to the United States earlier.